Let’s talk about race, baby. That’s easy. In fact, there are over half a dozen top TV shows willing to tackle the subject of race and racism. Whether they put their actors in Black Lives Matter T-shirts or craft a not-so-subtle, racially charged police brutality narrative in an episode, talking about race has become easy. It’s in vogue to talk about race.

But race has a neglected little stepsister called colorism, and that’s where it gets tricky. Perhaps it’s because colorism is as much a mirror as it is a lens to see others. Whether we’re talking the general upset around Zoe Saldana taking on the role of Nina Simone, or Lil’ Kim’s ever-changing hue, colorism is the black community’s open secret. It’s a very complex conversation, but in “The Photoshoot,” the Starz network’s Survivor’s Remorse goes there.

Written by Ali LeRoi (Are We There Yet?, Everybody Hates Chris) and directed by Victoria Mahoney (Yelling to the Sky, Queen Sugar), the episode interestingly explores both sides of a dialogue that’s usually pretty one-sided. Nuanced in every beat, this is the episode that made me a fan of Survivor’s Remorse.

When Missy Vaughn, played by Teyonah Parris, takes the lead on Cam Calloway’s career after she helps rectify a publicity nightmare for the basketball superstar, she seems right at home as his new media consultant. But in episode 305 Missy’s carefully crafted photo shoot plans go left when the brown-skinned model she chose to shoot with the basketball star books a last minute Vogue shoot and gets swapped for a lighter-skinned model. After arriving to the set late, Vaughn spots the light-skinned model poised on a couch in close quarters with the basketball player as the photographer snaps away.

“That’s not the model I chose,” she affirms. And that’s when it gets interesting. We quickly learn that the objective of this photo shoot is much bigger than getting a great shot for Missy Vaughn. “The purpose of this,” Missy confesses, is “to change the perception that star athletes only date light-skin women. But now we got a damn near white girl next to him.”

Missy goes on to say, “Do you know what every dark-skin girl thinks when she sees only light-skin girls in magazines? They think their dark skin has made them invisible.”

And she’s right. Although a fictional character, she tells the narrative of many women of color. The late Nina Simone told the Washington Post, “People like Diahann Carroll get designer clothes free. I was never on the cover of Ebony or Jet. They want white-looking women like Diana Ross: light and bright.” Fast-forward a few years and colorism hasn’t gone anywhere.

Viola Davis was quoted as saying, “[W]hen you do see a woman of color onscreen, the paper-bag test is still very much alive and kicking. That’s the whole racial aspect of colorism: If you are darker than a paper bag, then you are not sexy, you are not a woman, you shouldn’t be in the realm of anything that men should desire.”

And honestly, no one should argue that colorism hasn’t greatly impacted the lives of African Americans historically. Furthermore, colorism is individually responsible for eroding the self-esteem of many black women. Just look at Lil’ Kim.

When I asked Ali LeRoi, the writer and executive producer of the episode, what inspired him to tell this story this way, he confessed, “I’m married to a black woman. Everything from hair to body type to the amount of women I know that are of age to be married and have kids and are struggling just to find men. And not just because there is a lack of men. But also, when they are in the presence of men, what do men value? How do you develop some sense of self and value when it is attached to these notions that are hammered into your head from the time you are born? It’s a sympathetic vent on my part.”

“[For women], those are very raw nerves,” LeRoi continued. “If that girl is thin and light-skin and skinny and pretty, and she is standing next to a pretty brown-skin girl with a few more curves and natural hair, there’s every likelihood that just on the basis of the world’s most superficial choice, any guy that walks up may choose the light-skin girl over the dark-skin girl. But that informs worth. It’s not self-worth. When do you get to argue against that?”

Historically, yes—lighter skin has equaled a life of relative privilege when it comes to black Americans and some other races. We can trace this back to slavery; that is, if you can call being a “house slave” privilege. They were all enslaved after all.

As time has gone on, elitism based on skin complexion within the African diaspora developed, especially in America. Things like the brown paper bag test were prevalent from the 1900s to 1950s, deciding who made it in to certain special societies and choice clubs. And although black people were never really the authors of colorism, it is us who continued to carry it out and us who continue to hurt one another. And yes, there is hurt on both sides.

“There is, too, a curious color dynamic that sadly persists in our culture,” offers, Michael Eric Dyson, in an excerpt from Come Hell Or High Water. In fact, New Orleans invented the brown paper bag party—usually at a gathering in a home—where anyone darker than the bag attached to the door was denied entrance. The brown bag criterion survives as a metaphor for how the black cultural elite quite literally establishes caste along color lines within black life….I have observed color politics at work among black folk. The cruel color code has to be defeated by our love for one another.”

What’s interesting about the depiction of the colorism narrative in this episode is that the entire ideal gets flipped on its head. We are used to seeing someone on the darker side of the spectrum being discriminated against. Often, a lighter or white person may be in a place of power. But in this scene, we see Missy is the character with all the power, and it is her subjective experience as a brown girl that leads her to discriminate against a lighter brown girl. Missy goes on to fire the model, and then instructs the photographer to find “a brown girl” to replace her. Ironically, we see the very thing defined as the access point to privilege become the thing that gets the model fired—so much for light-skinned privilege. It seems that in this case, light skin may get you kicked out of as many doors as it gets you into.

Director Victoria Mahoney was especially careful in her treatment of the scene and the actresses. As a both a black and lighter-skin-toned woman, it was important for all sides of the story to be told. Mahoney, of course, brought her own experiences to the table as well.

Missy calls the model “a damn near white girl.” Apparently her light skin makes her less black. It sounds archaic, but it’s a real and pervasive thought throughout the black community. And as a girl who usually comes out on the lighter end of the spectrum when characterized, I can rightly identify with both women. Being marginalized from mainstream beauty standards is no joke. As a black woman and a curvy girl, I’ve missed myself on TV and in magazines for most of my life. But I’ve also known what it feels like to know that another black person is looking at you as “not black enough.” Both feelings hurt.

Honestly, any woman of color can relate to Missy’s words in some way, whether you’re, Latina, Indian, or even Korean—you get it. To be a brown girl anywhere in the world, let alone in America, is to experience exclusion and marginalization from mainstream media, and from mainstream beauty standards. African and African-American cultural beauty standards further deepen scars created by the residue of slavery and colonialism.

But when Missy’s character demands that the photographer bring her “a brown girl,” she forces us to ask: Who qualifies as a brown girl? And that all depends on whom you’re asking. In all of Missy’s “black girl magic” (as her husband calls it in the episode), who fits into her vision of black girl magic, and who is excluded? Is the light-skinned model not black enough for black girl magic? 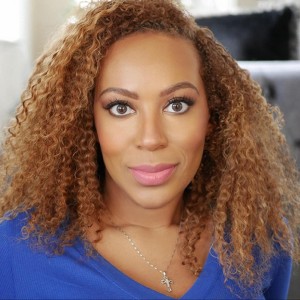 Raval 'V' Davis is a digital editrix and a body confidence expert. Connect with her on Instagram @ravaldavis!

This Asian Detergent Commercial is Too Racist for Words!

The Black Women Who Won Election 2016

Congratulations America, You Played Yourself