Dating is a crazy game of chance or basically what I like to call “Real Life Roulette.” There are rules, lists, timetables and measuring sticks we all have judged or are judged by. It’s not an easy game and certainly one that I am growing tired of even more now that I am another year closer to what the kids are calling “Jesus Year.” Still, after every fail of a situation, I rally and convince myself the next guy is gonna be a good one. Cue the entrance of the new man I’m seeing. Tall, not so dark and very handsome. I immediately liked him the first moment I saw him, but would never fully confess that to him. To me, this has always been a bit of a red flag, the guys I immediately liked turned out to need a can of black flag in the end.

“I didn’t have the urge to stalk his social media footprint like a secret service agent because this time I didn’t care what photos he liked.”

I approached our dates with caution but with enough openness to let my real personality shine through. It wasn’t until about date five that I began to worry about something. I didn’t feel anything. Usually I have a bevy of feelings right off the bat so this was strange. I didn’t understand. I thought my feelings meter had been in hibernation for so long that it needed to warm up a bit. Spending more time together not only confirmed I enjoyed his company but also told me my feelings meter must be broken. It was at this point I began to draw serious concern and confusion. Why didn’t I feel anything other than normal or fine or even-keeled?

What I had to stop and realize were the type of feelings I wasn’t feeling. I wasn’t paranoid or overly curious why it took him so long to text me back (he replied in about five minutes). I wasn’t getting a feeling of urgency about when he was going to ask me out again (he had already proposed a time later in the week). I didn’t feel 10,000 butterflies fighting furiously in my stomach as night fell because I wasn’t sure where he really was, even though he told me his plans earlier in the day. I didn’t have the urge to stalk his social media footprint like a secret service agent because this time I didn’t care what photos he liked, tweets he retweeted, or wondered if an ‘LOL’ on FB was directly related to an inside joke about me. I felt nothing because for the first time, I didn’t need to feel those things. This man was who he said he was. He followed up, he reached out and even called (yes girl!). Most articles about dating someone new will have you thinking you need to experience a sonic boom to your heart the moment you see the person and that’s not always the case. This wasn’t like the many times before where I was left empty and honestly, not self assured. This wasn’t that, this was better. My level of comfort with him was more expansive than I had been used to with others. My ability to be completely myself without worry of what he would think was on levels only Kanye could explain. My woes were not woes.

Admittedly, I was scared by all of this unknown territory at first.  I genuinely knew I liked this hunky piece of man and could prove it because when he kissed me after our first date, a permanent smile took over my face and hasn’t left since. I felt girly and confident after that moment but definitely reminded myself to remain cool and act like it was no big thing. This however, was becoming a big thing. This was different. We are getting past the surface of shy newness and beginning to explore who we are as individuals up close. I’m finding myself impressed by his goals and his encouragement of my dreams. I’m daydreaming about exotic vacations to take, weekend brunches to host with our friends and great gifts to buy him just because. I see now what I was first experiencing weren’t the beginnings of a cautionary tale but the shedding of past discomfort.

This man was making me feel “nothing” because he was making me feel respected, comfortable and worthy. These “nothing” feelings have begun to fall away and be replaced by warm happiness, peace and a desire to watch and admire him as he gets dressed for work every morning. This is a space I haven’t been in quite awhile. The space where I’m his biggest fan and supporter of his dreams, just as he is of mine. The space where whatever he needs, I’ll give it to him and I won’t feel like it’s in vain. The space where I can care about him and for him and imagine not only next month but next steps.

It’s good to come back into this space, this time for the right reasons. What I feel now?  Well that’s more along the lines of Usher singing the hook on Wale’s “The Matrimony.” And I’m cool with that. 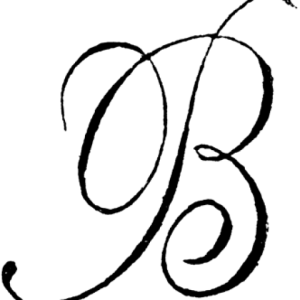 Brianna is native of Maryland and a tall girl making everything glitter with scripts and witty commentary.​ You're welcome.​

‘A Little Cheating’? WTF is That?

The Black Women Who Won Election 2016!

Congratulations America, You Played Yourself!